Home Improvement I Built That!

How to Easily DIY Custom Muntins for Windows

Raise your hand if you know what a muntin is.

Now, raise your hand if you care. LOL…

I know! Right? Muntin building is one of those things that you just don’t think about until the need arises. But when the unthinkable happens and you do need a repair or replacement, it’s good to have a tutorial pinned as a quick and easy reference.

How to Easily DIY Custom Muntins for Windows

Affiliate links are included for your convenience. A purchase generates a small commission at no cost to you.

In case you’re not familiar, muntins are the pieces of wood that come together to form window panes on a window. For some windows, the wood panes are built as a frame and individual panes are installed in the grill. For other windows, the grill is more of a faux muntin that is built as a grill and simply sticks onto a large pane of glass. The latter is the muntin type on my windows.

Just to be clear, until a few months ago, I had no idea what a muntin was. I know! I was just walking around in my happy muntinless life.  #trueconfessions

But, I came to learn about muntins when we removed the grills in order to paint. Although the  muntins are just over 20 years old, they were suffering from major dry rot. So when we popped them out of the window, they shattered into pieces. A whole lotta pieces.

Luckily, I was able to use some of the pieces to rebuild the muntins for four standard-sized windows. But when I got to the big window in the bay, I was out of useable wood.  And trying to buy a replacement muntin or having a single muntin grill made was a total bust. Turns out, vendors just don’t keep 20-year-old muntins in stock anymore and a custom build —-wowzers! It is blow-your-hair-back expensive.

The reason for the high cost is because the muntins have to be custom routed from a custom template so that the new muntins match the old ones. 🙁 But ya know, sometimes perfection like that is really overrated.

And this, my friends, is one of those times.

Which Design Should I Use?

The sky’s the limit when it comes to designs. I chose this one because it was a little different from the rest of the windows and very easy to build. But actually, any muntin design will work as long as it fits with the home’s decor.

How Much Moulding Is Needed?

To get the ball rolling, measure how many linear feet of moulding is needed based on your muntin design. For this design, I had three basic measurements:

The total number of feet needed was just under 20, but I bought a couple of extra feet just in case.

Which Moulding Do I Use?

Take a piece of your broken muntin to the home improvement store to find the closest match. In this case, a simple screen moulding came close. The width is almost identical –well, an imperfect kind of identical.

But the depth is way off and there is no beveling on the screen moulding.

Ordinarily, this means that all of the windows would have to be changed out. But in this case, the window is behind a table and will be viewed straight on. So I was able to leave the beveled muntins in the side windows of the bay and just replace the muntins in the big window.

What Other Items Do I Need?

Because windows aren’t always plumb, suggest to measure, cut, sand, paint both sides, and install the pieces in sections.

The No Miter Method

Using this little hand saw and box, which costs about $10-$15, the screen moulding is easily cut straight across the wood.

Tip: When using this tool, please read and follow all of the manufacturer’s safety instructions. For additional operator and safety information, please consult the expert at your home improvement center.

After the piece is cut, sand the end to a smooth finish.

Once the piece is cut and sanded to a good fit, touch up the paint if needed. Let the paint dry and then attach a tiny piece of the 2-sided tape at the top and bottom of the piece. Hold a level alongside the marked space and stick the muntin to the glass. If the muntin is attached crooked, don’t fret. Just pull it off of the glass and reposition. The 2-sided tape is so easy to work with.

Continue this process until all muntins are installed.

This photo shows what the muntins look like from the outside.

And that’s all there is to it.

Now that the muntins are finished, it’s on to the surrounding woodwork and adding light fixtures. Hope you can stay tuned for the reveal. Goodness knows, the whole family is ready for this little refresh to be done…AND done. 🙂

And, as always, please don’t hesitate to leave questions in the comment section. We are a community of learners and can help each other with questions and comments.

Links (affiliate) for a miter box, level, and 2-sided tape. And since this post, I started adding volumes of woodwork to other rooms in the house. Because the wood was so much thicker, I purchased the Ryobi miter saw shown in the first box. It’s included here because I found it to be a good value for DIY woodworkers.

This site uses Akismet to reduce spam. Learn how your comment data is processed. 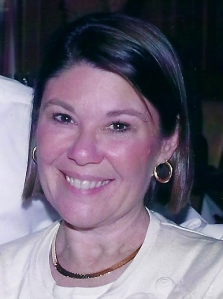 Looking for Something Special?